Not Using Air Miles Only Helps the Airlines 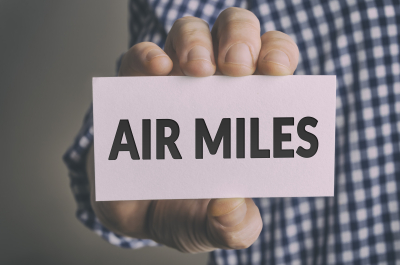 Every year, travelers and shoppers earn billions of air miles as they go to the grocery store, stay at hotels, and take flights to their favorite destinations. These miles could be used towards more affordable flights in the future or towards luxurious seats in first and business class.

The problem is that not everyone is using these miles to their benefit, with often only the savviest of travelers taking full advantage. The bottom line is that when travelers don’t use their air miles, they are just giving free money back to the airlines. The airlines getting richer may not bother you, but the fact that you are essentially throwing away free money should get you concerned.

Back in 2007, there was a major audit of the most popular airlines and their frequent flyer airline programs. During this time, there were close to 17 trillion air miles in circulation which equaled between $480 and 700 billion dollars. That’s a lot of miles to take advantage of.

Here’s the problem: Close to 39 billion of these miles expire every year.

In 2010, United Airlines filed its first-quarter revenues and reported that they made 64 million dollars just from air miles that had expired. At the end of the year, their earnings rose to $256 million because of these unused United air miles.

Think about that. This is money that the airline is making by doing nothing but offering air miles and watching them go unused.

So how exactly are the airlines making money in this area? When a traveler books a flight, they are earning miles. The airline calculates these miles and holds them to the side, figuring that the traveler will fly again in the future and take advantage of those miles to get a cheaper ticket. That would mean that the airline would make less money on that future trip.

However, when the traveler flies again but doesn’t use their air miles, the airline gets to keep those miles, and they make money off of you paying full price for your ticket.

It just doesn’t make sense for the airline to benefit and you to pay full price simply because you didn’t decide to take full advantage of your air miles, but it is only the travelers that are to blame. It is like refusing a free hand out.

There are many reasons that people decide to disregard their air miles. Sometimes they just forget about them, and other times, they just figure that they will never accrue enough miles to get that free trip. However, that couldn’t be further from the truth.

You can keep your air miles active and accrue more miles through a variety of channels, whether it be by taking more flights, getting an awarding credit card, or buying the additional air miles you need for your trip at an affordable price. There really is no reason not to take full advantage.

Don’t throw away your free miles or only the airlines win.

Shared Economy Business That Can Make You $100k A Month